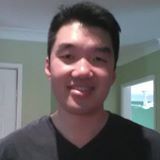 Ricky is an experienced manipulative/musculoskeletal physiotherapist and is the principal of the practice. Growing up in the Hills District, he graduated from Baulkham Hills High School in 1995. He went straight on to complete his Physiotherapy Degree at the University of Sydney in 1999. He then later returned for further post-graduate studies and completed his Masters Degree in Manipulative Physiotherapy. He is one of only a few physiotherapists on the Central Coast to be awarded the title of Musculoskeletal Physiotherapist by the Australian Physiotherapy Association.

Since graduation, Ricky has worked extensively in a variety of settings for over 22 years. He was previously based mostly at Gosford Private Hospital, where he has worked closely with many of the orthopaedic surgeons who consult there. He founded Tuggerah Sports and Spinal Physiotherapy in 2008.

He has worked extensively with elite sporting organisations on the Central Coast. He was the team physiotherapist with the Central Coast Centurions/Roosters SG Ball and Harold Matthews Rugby League teams. He has also previously worked with Wyong Lakes Australian Football Club and Sydney United Soccer Club.

He also has experience and interest in working with the elderly, especially in the area of falls prevention and dizziness. He is deeply involved in community-based “Stepping On” falls prevention lectures throughout the Central Coast and had been consulting to Wyong Aged Care Facility for 15 years.

In the past few years, he has been consulting also at Tuggerah Lakes Private Hospital, being extensively involved with the rehabilitation of various orthopaedic surgeries performed there such as joint replacements and shoulder reconstructions.

In his spare time, Ricky follows sports such as the cricket and is forlornly hoping to see the Canberra Raiders conquer their way to another NRL premiership. He also enjoys practicing martial arts at Central Coast Wing Chun.